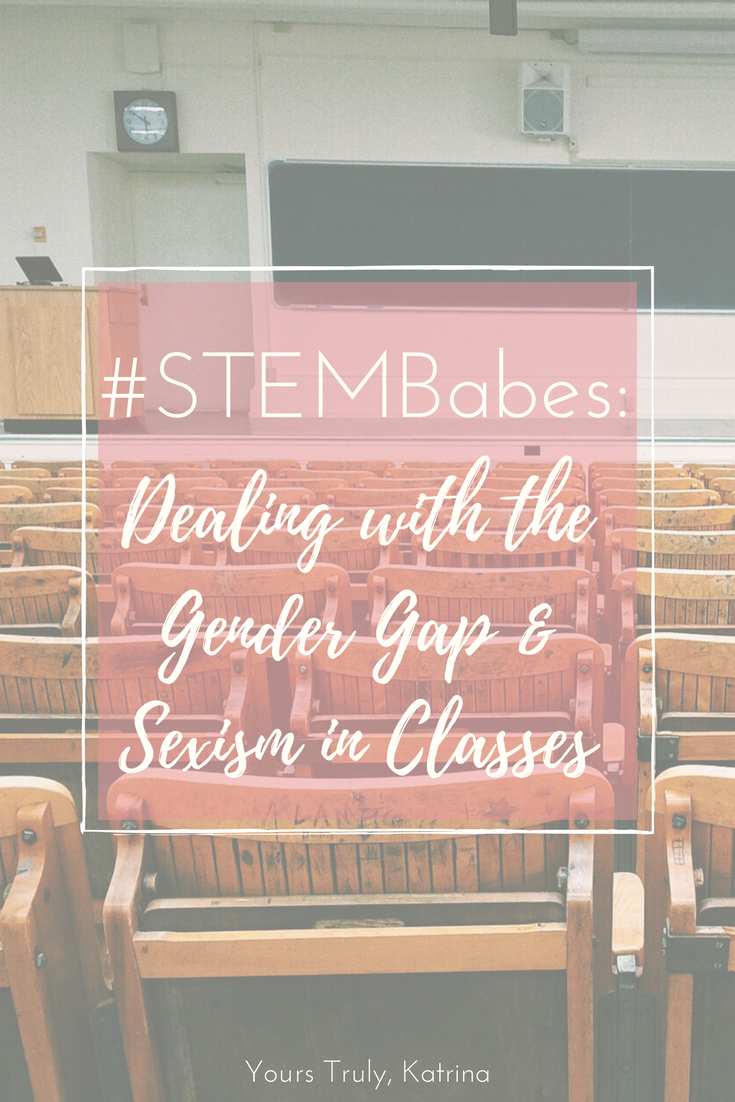 #STEMBabes: Dealing with the Gender Gap and Sexism in Classes

Hi, and welcome back to the #STEMBabes series!
(If you haven’t read my introductory post to this series, please click over and read it now!)
Each month, I will be featuring a woman doing cool things in her own STEM-related field in the hopes that they will be able to answer any questions you might have about navigating the world of science, technology, mathematics, and engineering as a female. There are so many girls succeeding and truly making a difference in their respective industries, and I hope getting to know some of them better will help/inspire/motivate girls out there who are getting ready to embark on a similar path.
This month, Caitlyn of College with Caitlyn has written on her experiences with the gender gap and sexism in classes as a Mathematics major and Computer Science minor, and how to handle being the only girl in a classroom full of boys. (According to recent statistics, gaps in higher education and the workforce do exist between men and women in the STEM fields)
I hope you enjoy Caitlyn’s post on this subject – I know I did!

I’ve always been one that likes being different than everyone else. Most people get brain freezes when they drink their ICEE too fast. Well, I don’t. (True story). Most girls don’t lift? Well, I do and I love it. Most girls don’t pursue a mathematics major, and if they do it’s so they can teach. Well, I’m a math major and I don’t want to teach. Most girls don’t take computer science classes. Well tough, because I do. And you can bet that I brag about all these things I do that make me different from the “traditional” female.

Sure, I may literally be the only girl in a coding class, but I don’t see that as something to complain about. I think it’s wonderful actually. I love being the one person that breaks the barriers and stands to change the status quo. It makes me feel like a superhero.

Own it and Prove Your Haters Wrong

Is it just me, or when girls start to dip their toes in fields traditionally labeled as “male fields,” do males egos get inflated tenfold and look down on us girls? I guess you could say they’re our haters then.

Guys, we have haters now, and we all know that having haters means you’re doing something right. In my experience, those who bad-mouth you are just jealous of what you’ve accomplished. As with anything that starts with the three words, “most girls don’t” comes with the predisposed idea that it means us girls aren’t good at it. Um, excuse me? I’m definitely one of the first students to turn in all my math tests and programming projects, and some of the most highly regarded math and stats majors at my university are females.

Despite all the ways I’ve proved myself as a competent coder, I once had a professor ask me in front of the entire class (in which I was the only female), “Is this the hardest class you’ve ever taken?” Mind you, this was an entry-level class on Java, so he was practically implying that I was struggling in the class. I was shocked that he had been so blatantly sexist in front of the entire class. After I overcame my initial shock I composed myself and responded, “No. I’m actually a math major.” Again he looked surprised, but he hasn’t said anything since then.

Now, I don’t think this professor really meant anything by what he said. He’s a bit older, so I think he just grew up in a time where seeing women in a technology field just wasn’t heard of. I don’t blame him for what he said, as he’s really sweet, I just wish people weren’t coddling into thinking females are any less competent than men.

Sexism in the Classroom

Now, while that was the most blatantly sexist anyone has been towards me, I also once had a professor who always implied I shouldn’t be in his class. He would ask the class questions, and when I would raise my hand he would smirk (like he was already ready to tell me I was wrong), but then I would answer correctly and I could tell it annoyed him. And I loved it.

Assert yourself girls. Don’t let anyone walk all over you, or tell you you aren’t good enough, or smart enough. Even if it’s the professor. And always remember that if it gets out of hand, you need to take it to the department. Don’t be scared, because sexism is a big issue and we need to be the generation that ends the stigma.If you do find yourself in a situation where you’re outnumbered by males in a STEM class, you might feel intimidated and like your competence is being questioned. People are going to question your choice no matter what you do, just don’t let that make you question your choice.
Forget the boys babe, you’re going to do great.

A HUGE thank you to Caitlyn for writing this post for the #STEMBabes series!
Make sure to come back next month for the next installment!

Are you interested in becoming a #STEMBabe? Fill out this quick survey!

What advice would you like to hear from other women in the industry? 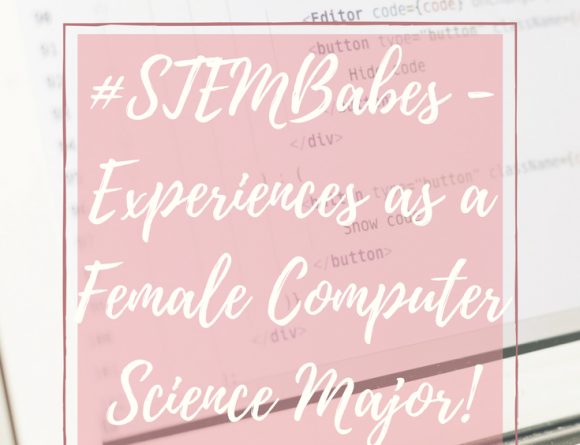 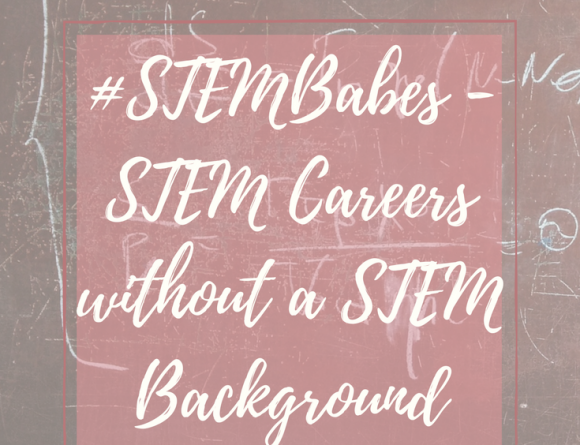 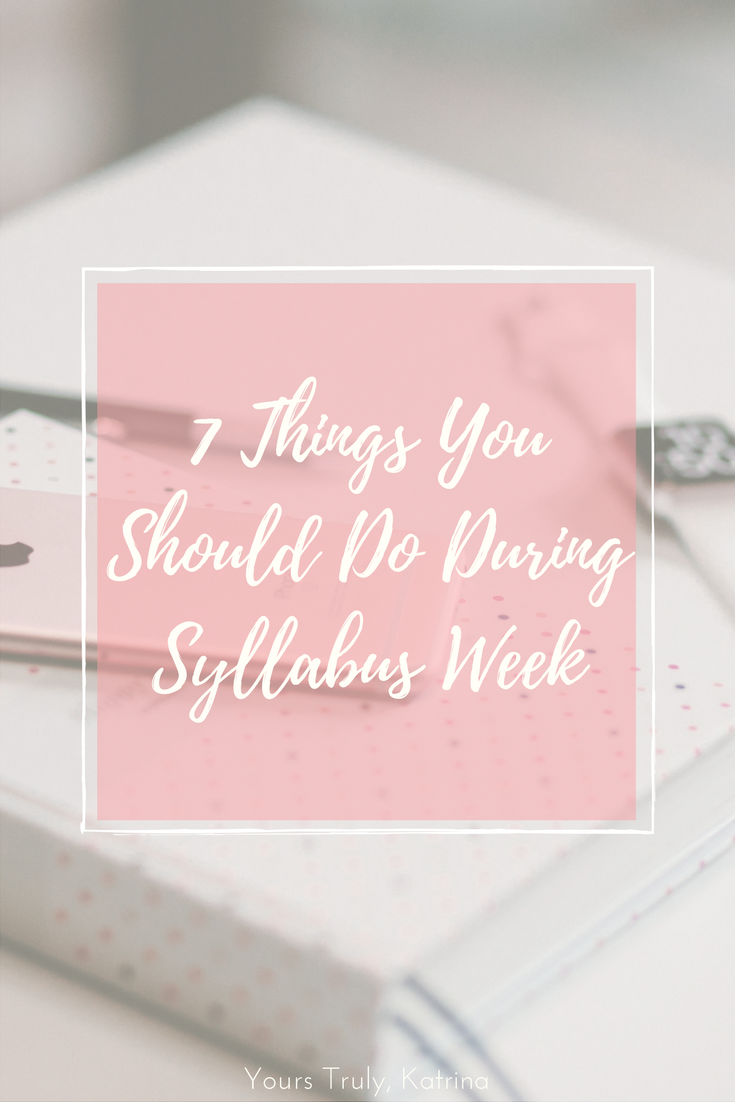 7 Things You Should Do During Syllabus Week